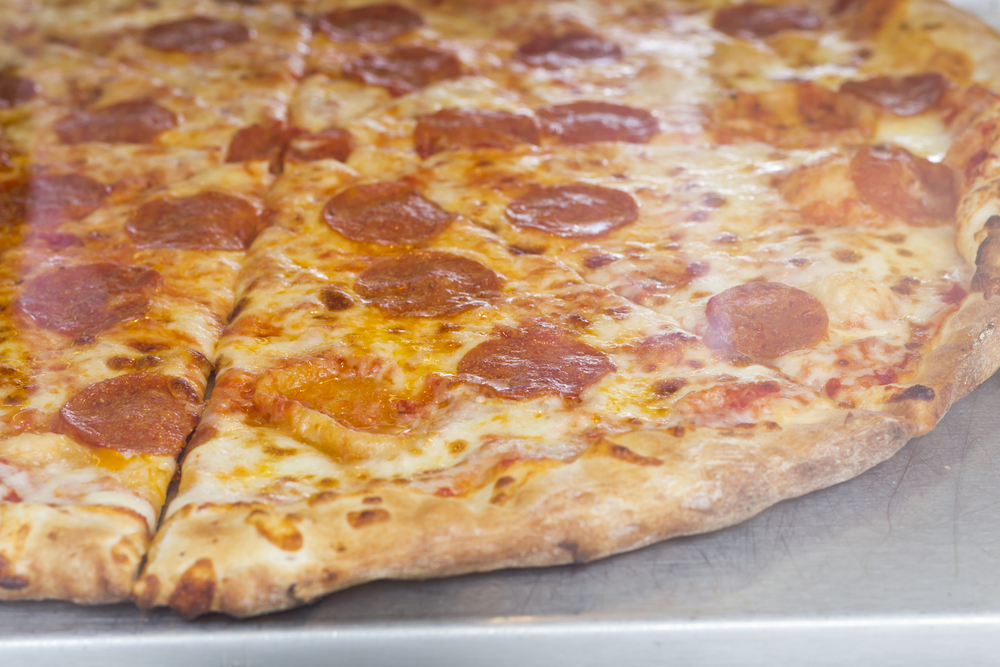 Indulge in a Pizza Pie on Pi Day on March 14

We all remember learning about mathematical constant pi when we were in school (whether that memory is a pleasant one or not)! But now that your days trying to make it through fourth period are over, you can enjoy pi the way it should be enjoyed – with some delicious pizza pie.

This Pie Day on March 14, pick up a pie or get delivery from one of our local pizzerias so you can enjoy the very best of pi (or pie) with some tasty pepperoni, meat lover’s, veggie or sausage. Read on to find a way to celebrate without venturing too far from your Alston apartment!

Gino’s of Ronkonkoma, located at 214 Portion Rd, Ronkonkoma which is six minutes from your Alston apartment, is a small, spare pizza counter with painted wall murals turning out slices and basic Italian entrees.

Gino’s Pizza is a family owned and operated business that has been located in Lake Ronkonkoma for nearly 30 years. When Gino’s Pizza opened in 1976, it quickly became well known not only for its delicious Sicilian and Neapolitan pizzas, but also their zeppoles, calzones and rolls continued to keep customers coming back for years.

Anthony’s Coal Fired Pizza, located at 4180 Veterans Memorial Hwy, Bohemia which is eight minutes from your Alston apartment, is a casual chain serving charred-crust pies, plus wings, subs and Italian plates in a modern setting.

What started out as a single-restaurant concept back in 2002 has grown into a phenomenon that is setting the country on fire. Anthony Bruno, who grew up on Long Island in a traditional Italian family, could not find a good, authentic pizza when he moved to Florida, so he made his own. Now, he’ll tell you the “best pizza in New York comes from Florida.”